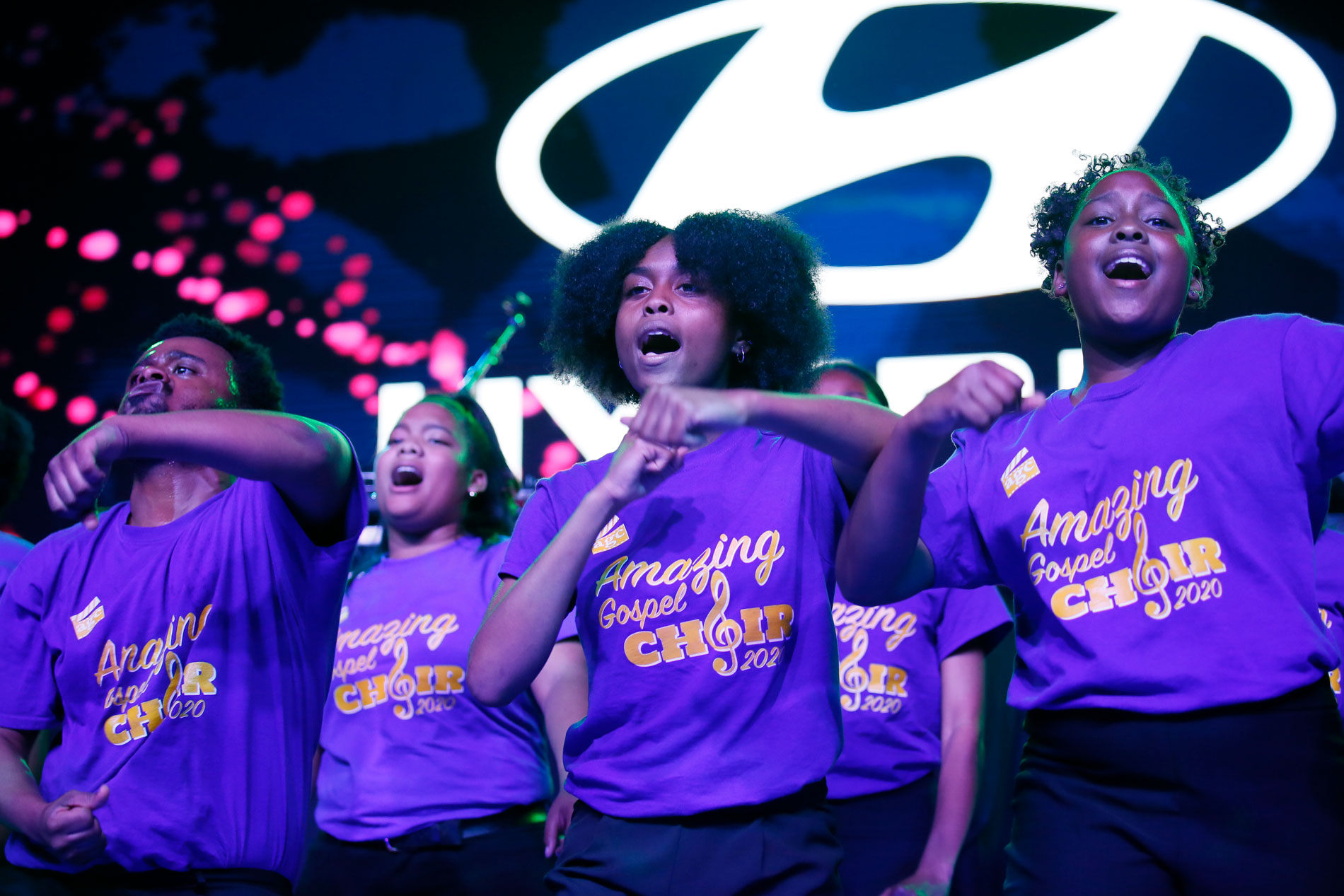 Hyundai Motor America’s Black History Month program was hosted by Hyundai’s Diversity and Inclusion team and Hyundai Soul Employee Resource Group, Wendy Raquel Robinson served as Mistress of Ceremonies, and there was a soul-stirring performance by the Amazing Grace Conservatory Choir. “Diversity is one of my key priorities. I believe we are a better company when we have a more diverse environment. Each of our employees and suppliers brings with him or her skills and talents that contribute to our collective benefit”, said Jose Munoz, CEO – Hyundai Motor America.

“I’d like to pass on what I call my four ‘P’s’ — perceive, prepare, perform, persevere — dream your dreams but get the good education to accomplish the desires and needs of the country,” said Gen. McGee. His unwavering commitment to his country and community during the Korean War ultimately led to the desegregation of the U.S. armed forces, “Always seek excellence and always do your best in things that you do. Finally, don’t let the negative circumstances be an excuse for not achieving.”

“During the month of February, we celebrate Black History Month. It is a time to reflect on the contributions African Americans have made to American society,” said Zafar Brooks, Director – Diversity and Inclusion for Hyundai Motor America. “It’s humbling to bear witness to Gen. McGee be acknowledged by the NAACP for his sacrifice and lifetime of service.”